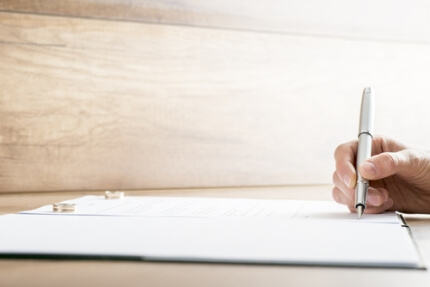 What Is an Annulment?

Divorce may not always be the answer to ending a marriage. Some circumstances allow for what is known as an annulment, which essentially means that the marriage or partnership was never valid. Annulling a marriage, in the eyes of the law, means that it never happened.

By nature, some marriages are never considered legally valid. This applies to either incestuous marriages that involve two people who are close blood relatives, or bigamy. While these two examples are more straightforward, there are several other marriages that can be declared invalid and annulled.

Here is a brief overview of what types of circumstances may qualify for an annulment:

Statute of Limitations for Annulment in CA

Additionally, there is a statute of limitations for an annulment in the state of California.  Surpassing the time limit will mean you must get a divorce or legal separation if you still wish to end the marriage or domestic partnership.

California law states that you have 4 years to file for annulment if the reasons are due to physical incapacity, age, or by force. For example, if one partner was under the age of 18 upon entering the marriage or domestic partnership, then they will have 4 years to file annulment. A marriage that took place under false pretenses — such as fraud — would be considered invalid. You may file for an annulment up to 4 years after discovering the fraud. Annulment can also be filed at any time if one partner is of unsound mind.

At Chung & Ignacio, LLP, we have a legal team that is committed to helping our clients and navigating them through the difficulties of ending a marriage. We offer unparalleled determination, creativity, and compassion.